Model is made with regard to use in FIRST PERSON view, but you can use it in 3RD PERSON view as well as in animation videos or film scenes.

Model is ready for texturing and animating (no texture coordinates, no textures nor materials included).

Weapon model consists of several objects linked each other. This linking allows create real animation. All parts have proper positioned PIVOT to

accomplish real-world functionality. You simply can change linking to adapt model to your needs.

The M4 carbine is a shorter and lighter variant of the M16A2 assault rifle. The M4 is a 5.56x45mm NATO, air cooled, gas operated, magazine fed carbine. It has a 14.5 inches barrel and a telescoping stock.

The M4 is also capable of mounting the M203 and M320 grenade launchers. The distinctive step in its barrel is for mounting the M203 with the standard hardware. The M4 has semi-automatic and three round burst firing modes.

Following the adoption of the M16 rifle, carbine variants were also adopted for close quarter operations. The CAR-15 family of weapons served through the Vietnam War. However, these rifles had design issues, as “the barrel length was halved” to 10 inches, which “upset the ballistics”, reducing its range and accuracy and learning “to considerable muzzle flash and blast, so that a large flash suppressor had to be fitted”.

At FlatPyramid, we have developed a 3D model of the M4 carbine next gen weapon. The model is made with regard to use in 1st person view, but you can use it in 3rd person view as well as in animation videos of film scenes. All parts have proper positioned pivot to accomplish real-world functionality. We hope you like it.

For further inqueries, please feel free to contact us.

Thanks for showing interest in the 3D model of the M4 carbine next gen weapon. 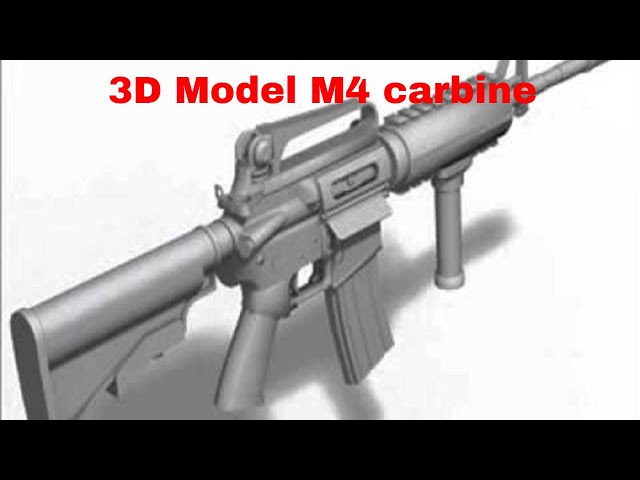