The main format is 3ds max 9.max, also available in many formats.
In max versions Mesh Smooth modifier applied and not collapsed.
You can remove or change it to keep the polygon count down.

Other formats available in .3ds, .obj, .lwo, and .fbx.
Both low and highpoly models are included for all formats.
Other formats may vary slightly depending on your software.

Green Grapes 3D model based on a real fruit, it's cultivation began about 6000–8000 years ago in the Neolithic period in the Middle East.

The earliest archeological evidence of a developed wine-making culture belonging to the 6th millennium BC, including a ceramic vessel 8000 years old with traces of wine, was found on the territory of Georgia.

In the course of an extensive research project on the genetic material of archaeological finds, the heritage of more than 110 modern grape varieties was analyzed; the most ancient originate from the region located on the territory of modern.

The oldest found winery dates from the turn of the 5th – 4th millennium BC and is located in Armenia (Areni Cave).

In the course of deciphering the ancient Egyptian hieroglyphs, we were able to read the entries concerning the technology of cultivating dark grapes. A great contribution to the development of viticulture was made by the Phoenicians, from whom the Carthaginians learned to cultivate grapes, and the ancient Greeks. Thucydides believed that the inhabitants of the Mediterranean parted ways with barbarism when they began to cultivate grapes and olives. Even before our era, instructions on how to care for the vine were Magon and Cato the Elder. The culmination of the ancient Roman winegrowing was the work of Columella, in which he advised instead of trees to use special tapestries to support long vines.

The culture of growing grapes later spread to more northern regions of Europe, and also penetrated to all continents, with the exception of Antarctica. In North America you can find wild grapes of endemic species, which was part of the diet of the Indians. Since these species were considered unsuitable by European colonists for making wine, European grape varieties were brought to America.

In the old days in Afghanistan, local residents sealed the grapes in cones made of clay, which allowed them to keep the berries fresh for a long time. 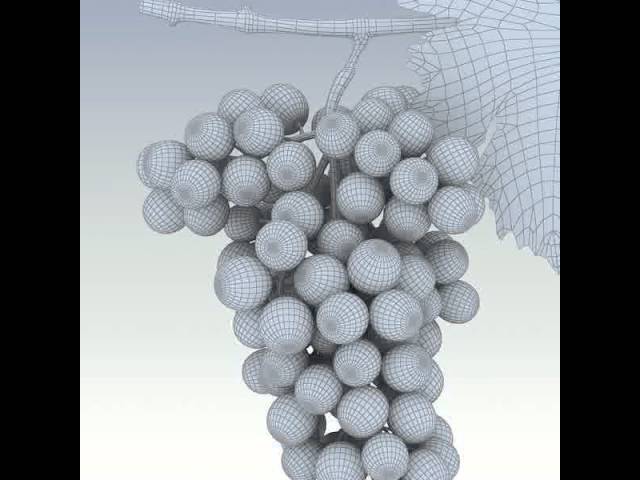