Lockheed designed the P-38 3D model in response to the request Circular Circular X-608 of the United States Army Air Corps (USAAC) of a high-altitude interceptor, having "the tactical mission of interception and attack of high-altitude hostile aircraft." " The specifications determined a maximum speed of at least 580 km/h (360 mph) at an altitude and ascent of 6100 m (20,000 feet) in less than 6 minutes, the most stringent set of specifications ever conceived by the Air Corps until that time. date. The Bell P-39 Airacobra and the Curtiss-Wright P-40 Warhawk (which used the same Allison V-1710 engine that the P-38 had ) were designed with the same purpose, like the failedVultee XP1015.

The design team of Lockheed, under the direction of Hall Hibbard and Clarence "Kelly" Johnson, considered numerous alternatives, which always had a twin-engine configuration, because it was judged that a single engine would lack sufficient power for the proposed purposes (However, the development of engines during the Second World War made it possible for other single-engine fighters to easily overcome the 400 mph (640 km/h) thanks to power plants that doubled the power compared to the first available during the war).

Features:
- Inside scene: - model - 21 textures, 2 materials, 1 alphamap
- No cleaning up necessary, just drop your models into the scene and start rendering.
- No special plugin needed to open scene. 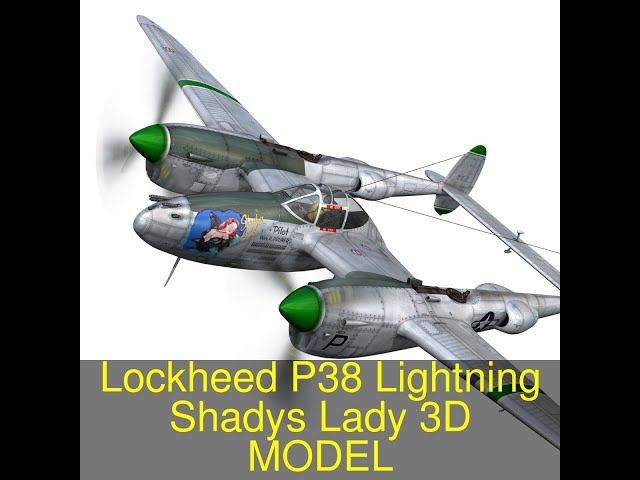