Only cinema4d R12 has materials and textures. Other formats have textures too. .fbx format is good for importing in 3dstudio max and Maya.
Polygons 8407
Vertices 8722
This model is only artistic representation of the subject matter. I made it for a flight magazine illustration. If you like the model please rate it.
The P2008 is a single engine, high wing two seat ultralight built in Italy but aimed at the US market. It is a conventionally laid out strut braced high wing monoplane aimed specifically at the US market. Resembling the earlier Tecnam P92 and P2004 in general appearance, the P2008 differs by introducing a carbon fibre fuselage and integrated fin. The wings and tailplane are all metal. It can be adapted to LSA, ultralight or ELA1 categories.
The wing leading edge is straight except for some pinching at the root and the wing has constant chord over about the inner 60% of span. Outboard, the trailing edge is tapered; the straight wing tips are slightly upturned. Frise ailerons on piano hinges span the outboard sections and the inner sections are spanned by slotted flaps. There is a single lift strut on each side, attached to the lower fuselage. The P2008 has a low set all-moving constant chord tailplane with an anti-balance tab. The fin is swept and the rudder moves above the tailplane.
The P2008 is powered by a Rotax 912S flat four piston engine driving a two blade propeller. The cabin seats two side-by side with a door each side and baggage space behind. Its fixed tricycle undercarriage has spring cantilever main legs and a castoring, non-steerable nosewheel on a compressed rubber suspension. Ground steering is achieved by differential braking. All wheels have speed fairings.

The Tecnam P2008 is a single-engine, high-wing two-seat aircraft built in Italy but aimed at the US market. It is the first Tecnam aircraft to incorporate major composite components. It was introduced at the AERO Friedrichshafen 2009 show, with first deliveries in December 2009.

P2008 JC 3D model available on FlatPyramid, the world’s leading provider of digital 3D models for visualization, films, television and games. The P2008 is a Modern Attractive two place High Wing Aircraft with Carbon Fiber Fuselage, Metal Wings, Stabilator and rudder. The P2008 is Physically the largest LSA on the market both in the Cabin and Fuselage size. Its large, Smooth Carbon Fiber Fuselage allows both high cruise speeds and fuel efficiency. These features along with its luxury cabin make the P2008 a very comfortable and capable cross country traveler.

The single-engine Tecnam P2008’s versatility and ease of use have established it as both the aircraft of choice for Flight Training Organizations worldwide as well as recreational flyers.

You can visit our website if you are looking for such a model. Hopefully, you’ve found your piece here and we also appreciate your strong trust in us in the selection of 3D models. Come again here we are always here to help you 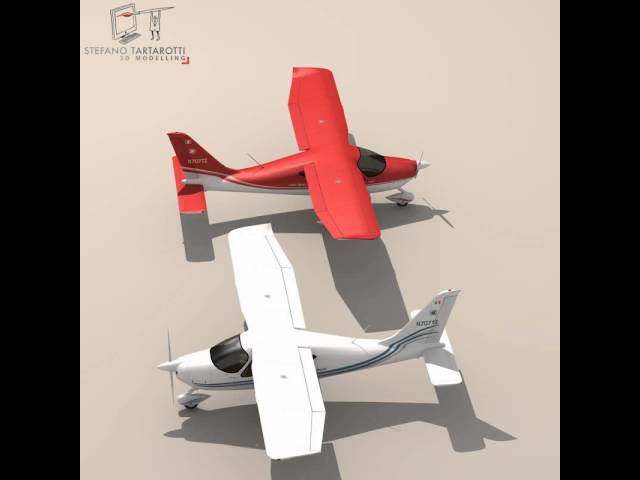