The interior of the Boeing 787 is 40 cm wider than the predecessor of the Boeing 767, which made it possible to put more seats. The size of the toilets has increased. Now, having unfolded the partition between them, it is possible to organize access for people in wheelchairs. The upper luggage racks have become significantly more spacious, and each of them can be placed on four suitcases with wheels, which is much more than its predecessors.

The height of the windows is 46 cm - a record among all commercial liners. Portholes are equipped with adjustable electrochromic dimming.

With onboard wireless connectivity, entertainment programs are provided to the monitors on the backs of the seats, and the satellite system allows passengers to use the broadband Internet (250 kbps).

The model was created in blender 2.60. Images previews were rendered with blender internal render and with compositing nodes in blender3d. Objects are separated. Fuselage and engines have texture. Windows and decals were created with textures.Fuselage png texture 2000 x 2000px created with vector software Inkscape.Engine texture 1024x1024px.In the blender file, you can lower the subdivisions. Enjoy my product. 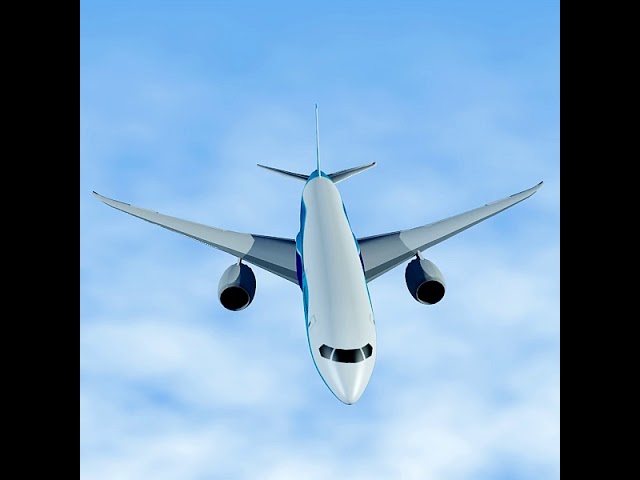