For other software packages that do not support SubDivision surfaces the model is available in 3 different resolutions ranging from 1232687 to 3988544 polygons.

The January exhibition in Detroit, held in 2016, became the premiere of the updated “Turbo-family” generation “991” - the cars externally changed in the same vein as the basic models, having received: corrected bumper, engine cover and optics, and also “armed” with even more powerful engines.
A striking external difference between the Turbo versions and the classic Porsche 911 is the presence of a rear active (retractable) rear wing, as well as a more aerodynamic body kit that includes such an important detail as the front adjustable spoiler with three pre-programmed positions. In addition, on the road cars can be recognized by the expanded "thighs", fully LED optics and the corresponding nameplates. 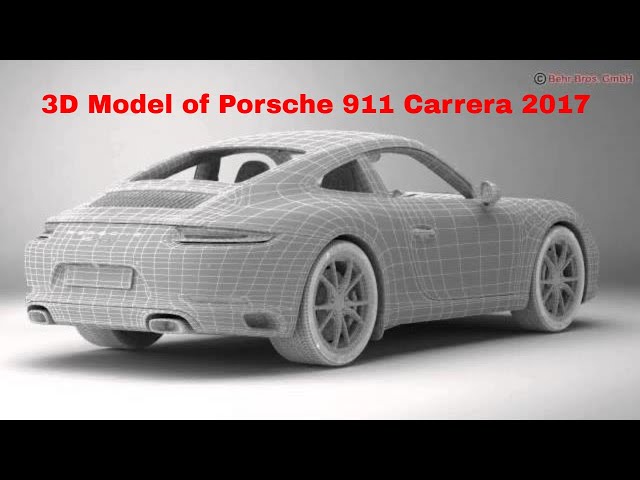