The premiere of the second-generation Porsche Boxster was held at the Los Angeles International Motorshow last November. Compared with the previous generation, the power of the 2.9-liter engine increased by 10 hp. and now is 255 hpThe name Boxster was born from two words - boxer (boxer engine) and Roadster (needs no comment). Another important fact is that, unlike the previous Porsche models, whose open versions were converted from closed, the Boxster was originally designed as a convertible.

The economic crisis of the early 90s found the legendary manufacturer of sports cars Porsche far from in the best shape. Production volumes were catastrophically small, and the company itself suffered multimillion-dollar losses. As a result, the head of the Porsche concern, Heinz Branicki, was replaced by the brave and determined Wendelin Wiedeking, whose role is now difficult to overestimate.

For other software packages that do not support SubDivision surfaces the model is available in 3 different resolutions ranging from 1409473 to 3904264 polygons. 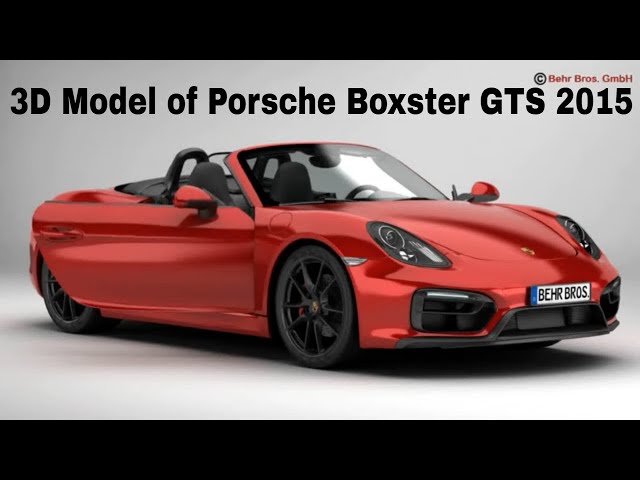