High detailed model with full exterior and fully textured.
The model is lowpoly with mesh smooth modifier so you can smoothly,escene ready incliyed
Materials Vray and image HDRI.

The BMW M6 is a high-performance version of the 6 series marketed under the BMW M sub-brand from 1983-2018. It was first introduced in the coupe body style, the M6 was also built in convertible and fastback sedan body styles for later generations. An M6 model was built for each of the first three generations of 6 series.

The E 24 series became a “world car” for the 1988 and 1989 model years, sporting the same bumpers and aerodynamic treatments its high-performance counterparts across all markets.

A total of 5,855 cars were produced. Of these, 1677 cars were imported to North America. Due to the elongated front and rear bumpers, the length of U.S models is 193.8 inches.

Around the start of 2015, BMW Motorsport began developing a replacement for the successful BMW Z4 GT3 which already had been in action since 2010.

At FlatPyramid, we have developed a 3-D model of the BMW M6 E24. It is a high detailed model with full exterior and fully textured available in different formats for commercial, no-commercial and editing purposes. In case of any queries, feel free to contact. 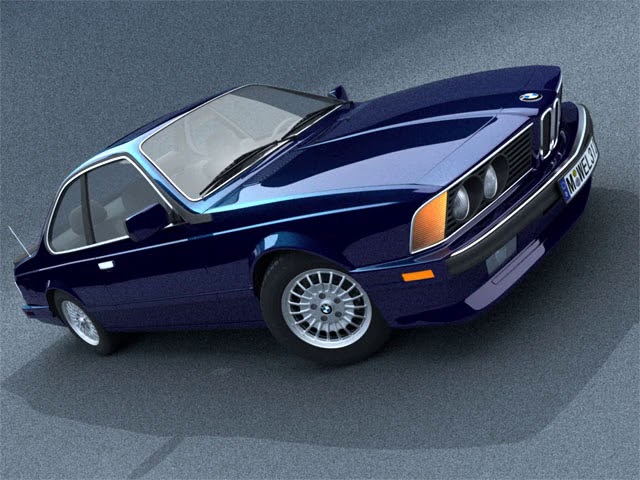