High detailed model with full exterior and fully textured. HDRI Textures and materials are included. Including Scene Without collapse you can still edit it.Rendered with V-ray.

Aston Martin DB4 GT was a sports car produced by its Italian manufacturers between 1985-1963. BD4 was a refined version of DB Mark III. DB4 laid the foundation for the later projects of Aston martin cars like DB4 GT Zagato and Lagonda Rapide.

The design of the car was designed by the Italian automobile coachbuilder Carrozzeria Touring in Milan. DB4 became the first Aston Martin car to be manufactured at Buckinghamshire, England factory.

The design and specification of DB4 caused a sensation on its launch in 1958 London Motor Show. The car was a 2 seater fixed-head coupe, with front position engine. The car has a wheelbase of 2362mm.

You can use the Aston Martin DB4 3D model in your animation projects, films, gaming to make it look more awesome.

Aston Martin DB4 3D Model is available for download at FlatPyramid at the best available price, you can contact us any time for your queries. 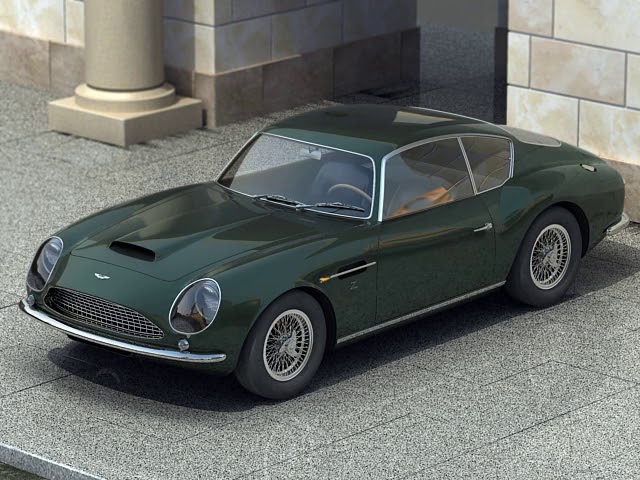