The technical changes for the four are so radical that the drive motor has moved from the front of the car to the rear. And it seems to me that from all this the four-seater car has only won in the space of the cabin, and emotionally.

Both smart family members are identical in width and height, and even in the front, they can be confused. And it's no accident that in the headlights and lanterns, I feel the French charm, and the second ignition key, the keys for turning on the ceiling light, the buttons for the central lock and the emergency lights, as well as the mechanical transmission lever are the same as in the models of the French brand Renault. After all, smart form on the common platform with Twingo, and not from Mitsubishi Colt, as before.

For other software packages that do not support SubDivision surfaces the model is available in 3 different resolutions ranging from 1012966 to 3300393 polygons. 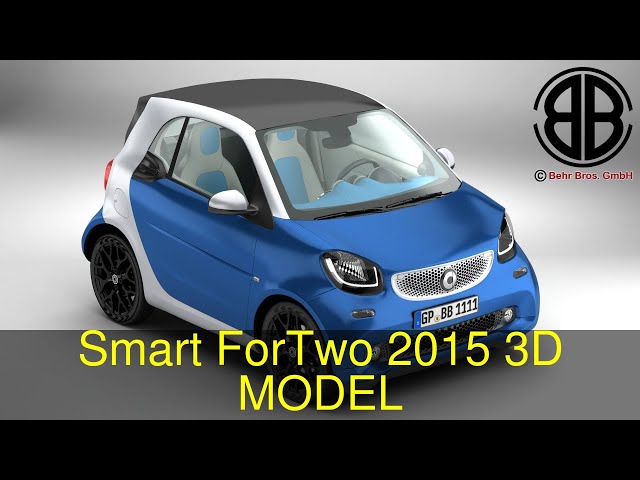