Volkswagen Beetle, popular and beloved by many today, in 1938, opened not only the first page of its history but also the main page of the history of the Volkswagen concern that is famous today. The Beetle became the first Volkswagen car. Since the beginning of the Second World War, its production was suspended, and the Volkswagen plant itself was engaged in the implementation of military orders. And only in 1946, through the efforts of Porsche, Beetle production was restored and put on the conveyor. The company's policy was simple - the release of one model - "Beetle". This strategic plan allowed us to constantly improve the car produced, at the same time expanding production and establishing a service network. The following facts confirm the correct way of the chosen policy: in October 1951, 250 thousand cars were produced, in July 1953 - half a million, the first million was released by August 1955, the second - by December 1957.

For other software packages that do not support SubDivision surfaces the model is available in 2 different resolutions ranging from 771766 to 3489936 polygons. 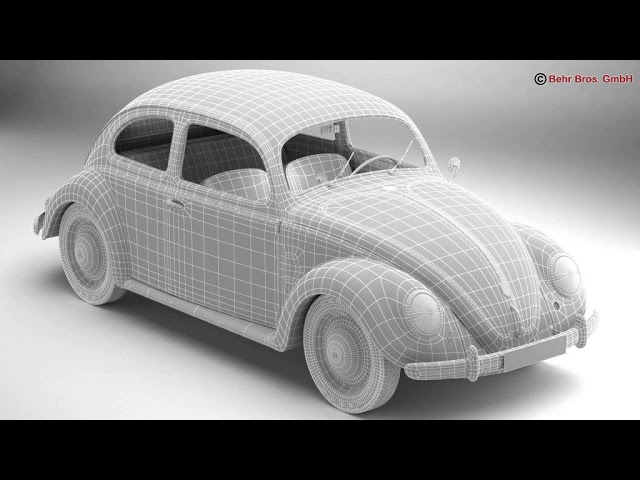