The proportions of the Mercedes AMG GT 2015 3D model coupe could be considered comical if they belonged to a less elegant car. Purely symbolic feed - an excessively short relative to the massive "nose", it deserves a worthy place in the series of aircraft carrier cruisers. In general, the classic lines are traced in his appearance, and at the same time he looks original, somewhat reminiscent of SLS AMG at the time of his debut, but without contrasting hard lines and rounded corners.

Those who had the pleasure to sit in the new S-Class car will not find anything new in the cabin. It cannot be said that these two spaces look the same, rather, they have in common scrupulous attention to details and the highest quality of materials, starting from the carpet, which is covered with a transmission tunnel, and to contrasting stitching on leather panels. Everything that you touch here is just great.

As soon as you press the engine start button and the twin-turbo V8 comes to life, you realize that the external surroundings of the driver’s seat are nothing compared to its functionality. There is literally everything that should be in a good sports car: the seats offer lateral support from top to bottom, the steering wheel of the ideal size and shape for an aggressive ride.

For other software packages that do not support SubDivision surfaces the model is available in 3 different resolutions ranging from 1397514 to 4519660 polygons. 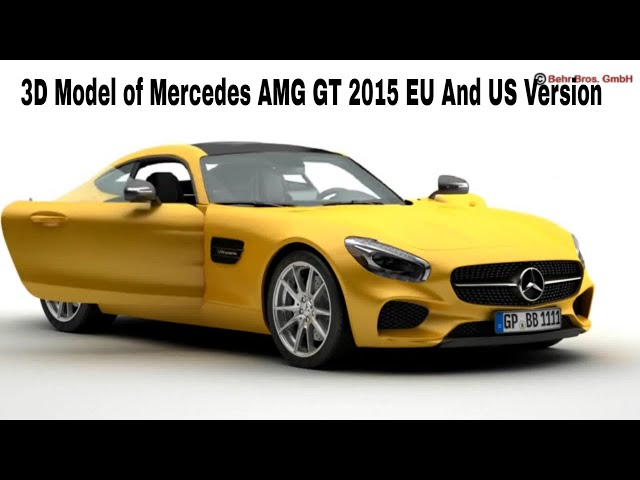