Initially, the Porsche did not plan to replenish their model range with a hybrid Porsche 918 Spyder. But at the Geneva Motor Show in 2010, the car show caused such a stir that Stuttgartis literally fought off customers who wanted to make a prepayment right at the motor show. As a result, the top management of the company decided to launch a prototype in the series.

Two electric motors with a total efficiency of 230 "horses" will cooperate with the longitudinally placed engine within the wheelbase of the engine. The transmission will remain all-wheel drive, and the dry weight of the roadster will jump to as much as 1,680 kg. Probably, the average fuel consumption - equal to 3 l / 100 km - also grows. Dimensions will also change: the length will increase by about 15 cm, and the width - by 1.3 cm. The official debut of the car is scheduled for the Frankfurt auto show in the fall of 2013. Almost immediately after the premiere, the 918 Spyder will go on sale in public.

For other software packages that do not support SubDivision surfaces the model is available in 3 different resolutions ranging from 1130683 to 3062940 polygons. 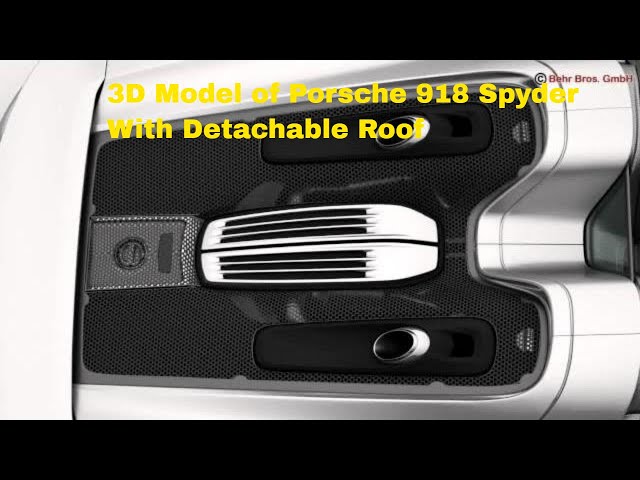