Volkswagen T1 - the car of the Volkswagen concern, produced from 1950 to 1967 (from 1975 in Brazil). One of the first civilian minivans. The car also became the face of a whole era and, along with its successor T2, was very popular with hippies. Also known as "hippie" or "split".

Main article: History of Volkswagen Transporter
The idea of creating a Volkswagen minibus came up with the Dutchman Ben Pon, who in 1947 drew the first T1 sketches in his notebook. VW CEO Heinrich Nordhoff liked this idea and at the end of 1949 the Transporter was officially introduced for the first time.

For other software packages that do not support SubDivision surfaces the model is available in 3 different resolutions ranging from 900341 to 5544254 polygons. 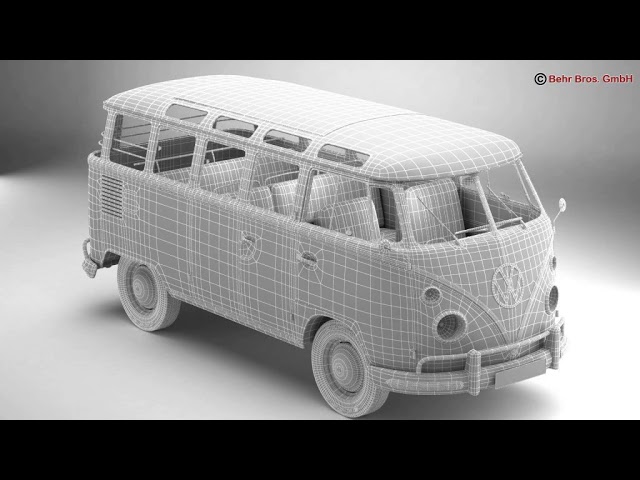