Aston Martin One 77 is a two-door or two-seater supercar, which is built by British car manufacturer Aston martin. The car was firstly shown partially in the 2008 Paris motor show. In 2009 Geneva motor shows its full show was held. After its Buzz creation in the market, it was available in the market from 2011. Its name One-77 was given to it because only 77 cars were built of this model. It was sold for 1,150,000 Euros.

The features of this car include full carbon chassis, a handcrafted aluminum body. At its heart, a 7.3 L; 446.2 cu in (7,312 cc) DOHC 4 valves per cylinder with Variable Valve Timing V12 engine is placed. The engine generates 750HP (760 PS; 559 kW) at 7,500 rpm and 750 Nm (553 lb-ft) of torque at 5,000 rpm. The company has acclaimed Aston Martin One 77 model engine is the most powerful naturally aspirated engine in the world. The car incorporates DB9’s 6-speed automated manual transmissions with height-adjustable suspensions coupled with dynamic stability control. The Top recorded speed of the car is 350 km/h, but the practical test in December 2009 recorded 354.067 km/h its top speed. The car picks the speed of 0-100 km/h in just 3.5 seconds.

The car looks promising in reality and it’s thrilling to imagine its 3D model. If you are searching for a 3D model Aston Martin One 77, your search stops at the FlatPyramid. We have created the most realistic looking 3D model to use in architectural visualizations and animations. Our design gives you the clearest and detailed 3-D model with fully textured interiors. It is available in different file formats like .3ds, .max, .obj, .fbx and .c4d. We have made this 3D model with ultimate precision.
Thanks for choosing the 3D model of Aston Martin One 77 from Flat Pyramid. 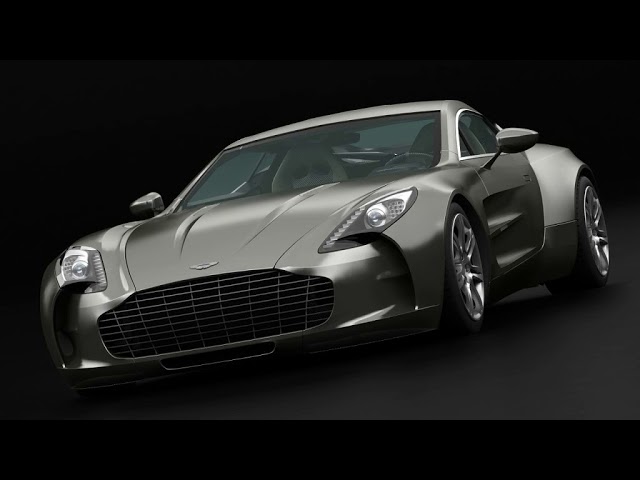