Made in 3ds Max. Includes STANDARD and Brazil r/s materials, and all necessary textures like the dashboard instruments or the bodywork surfaces.
These are clearly marked, 4096x4096 and very easy to edit and modify.

4 formats are available: obj, max, c4d and 3ds. The polygon count can be increased if desired in most objects on the scene. The previews have been rendered with the materials included in the Brazil r/s version of the model.

Bimota was a small Italian manufacturer of custom and production motorcycles. It was founded in 1973 in Rimini, Italy by Valerio Bianchi, Giuseppe Morri, and Massimo Tamburini. The name of the brand was inspired from the initials of its founders’ last names.

Because the state of frame design was sluggish in the 1970s, Bimota concentrated initially on building high-quality motorcycle chassis around existing engines. From the start they customized the highest models of Suzuki, Honda and Kawasaki. During the late 1970s, Bimota also helped and build motorcycyles branded as Lamborghinis. In the 1980s, they also modified Yamaha and Ducati motorcycles.

Bimota’s co-founder and long-time chief designer Tamburini has been an influential player within the development of other Italian brands.

Most recent Bimota models included the DB5, DB6, DB7, DB9 and the Tesi. The Tesi 3D was particularly unusual, which along with the co-designed Vyrus, was the only motorcycle then in production to use hub-center steering.

At FlatPyramid, we have developed a high resolution 3D model of the Bimota Tesi 3D 2012. The design is quite realistic and well defined. It is available in different formats to be used in various projects. We hope that you like it.

In case of any queries, please feel free to contact. We shall be very happy to help you out.

Thank you for showing interest in the 3D model of the Bimota Tesi 3D 2012. 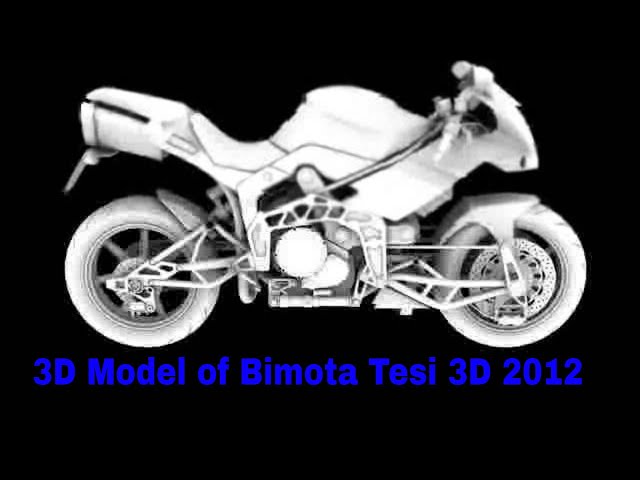