The prototype of Santa Clauses Sleigh was Christian saint Nicholas the Wonderworker (Santa is “holy”, Klaus is “Nikolai”), known for his charity work — in the form of secret gifts to poor people with children. The same as our 3D model. Initially, on December 6, on the day of St. Nicholas by the church calendar, it was customary in Europe to give gifts to children on his behalf. However, during the Reformation, when the veneration of saints was not approved, in Germany and neighboring countries the baby Christ became a character who distributed gifts, and the day of their presentation was postponed from 6 to 24 December, that is, at the time of Christmas fairs. In the period of the Counter-Reformation, the gifts to the children were again handed over in the name of St. Nicholas, but now it was already at the end of December, at Christmas. But in some European countries still older traditions remain in force. So, in the Netherlands, where the name of St. Nicholas is pronounced Sintaklaas, babies can receive gifts on his behalf on December 5 and at Christmas.

Santa Claus, also known as Father Christmas, Saint Nicholas, Saint Nick, Kris Kringle, or simply Santa, is an imaginary figure originating in Western Christian culture who is said to bring gifts to the homes of well-behaved children on the night of Christmas.

At FlatPyramid, we have developed a high resolution 3-D model of a Santa Claus Sleigh. This is a Realistic 3d model with Texture. Real-world scale and exact proportions. It is available in 3ds, max formats for commercial, non-commercial and editing purposes. The design can be used in any project. It is one of the most detailed models of a Santa Claus Sleigh that you will come across on the web. These models are used in difficult architectural visualizations, animations, movies or games.

Download this 3D model from FlatPyramid at the best price available online. Feel free to contact us anytime to inquire and chat about 3d models, rendering and any questions about using 3d models for your project.. 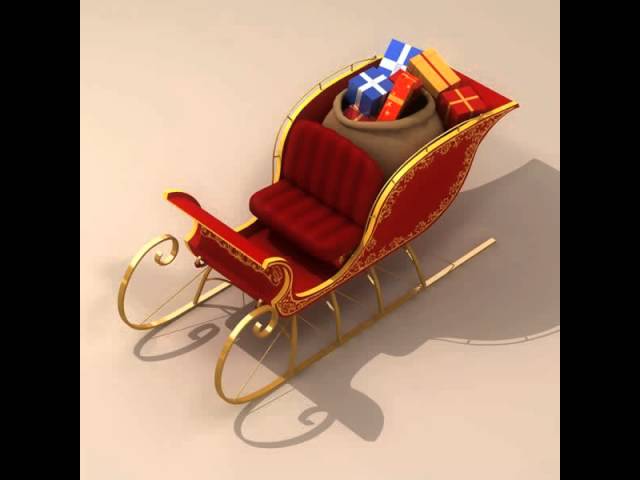