Subway trains are a rapid transition used in many parts of the world. These rapid transits are electric trains that operate on an exclusuive right-of-way, which is often separated through tunnels or elevated transit lines. Subways are also called underground, tube or metro trains. They are used to transport large number of passengers within Urban and Sub-Urban areas.

The world’s first rapid transit system was the partially underground Metropolitan Railway which opened as a conventional railway in 1863. They now form parts of London underground . In 1868, New York opened the elevated West Side and Yonkers Patent Railway, initially a cable-hauled line using static steam engines.

Subway trains are a major part of the world infrastructure and they have brought with them a faster and hassle-free means of transport. They have freed our roads from a lot of traffic. In some countries subways trains are used for graffiti and they look stunning. FlatPyramid has developed one such beautiful, high-resolution 3-D model of a Subway train without interiors. The model has been created as a high-definition. We hope that you like it.

Thanks for showing interest in the 3-D model of Subway train without interiors. 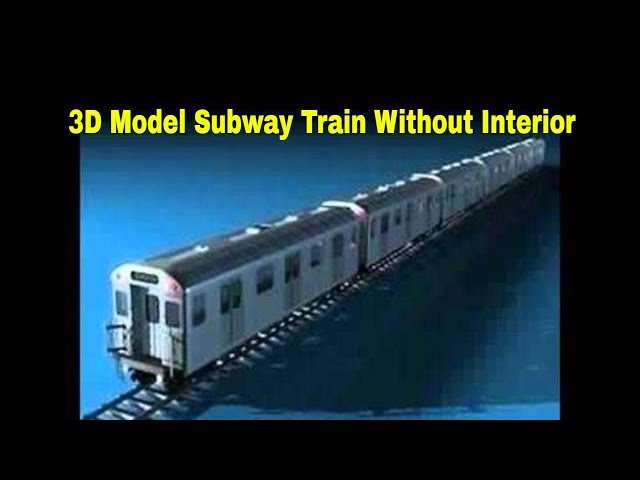