Subway train is also called métro, underground railway system. it used to transport large numbers of passengers within urban and suburban areas. The New York City subway is one of the most famous in the world. Subway train was started in 1904. But the first subway line was built between 1895 and 1897 in Boston, United States. It was 1.5 miles (2.4 km) long.

At its deepest section, the New York City subway is 160 feet down. This section is located on 191st Street. The maximum speed of trains on the subway is around 50 miles per hour. These trains are considered very safe for travel.

Subway train provides an alternative underground passage that helps to prevent railway transit systems from colliding with busy roads or other obstacles. The metro is a common term in certain cities such as Paris, France, and Chengdu in China. its name is from its association with metropolitan cities.

A few early, In a subway, used steam engines, but in most existing subways, the trains, tunnel lights and station equipment all run on electricity. The third rail is located outside or between the subway tracks, and a wheel, brush or sliding shoe carries the power from the rail to the train’s electric motor.

You can use the subway train 2 without interior 3D model in your animation projects, films, and gaming, download this 3D model only from the FlatPyramid website at the best prices. In case you have any queries regarding the product you can contact us anytime. 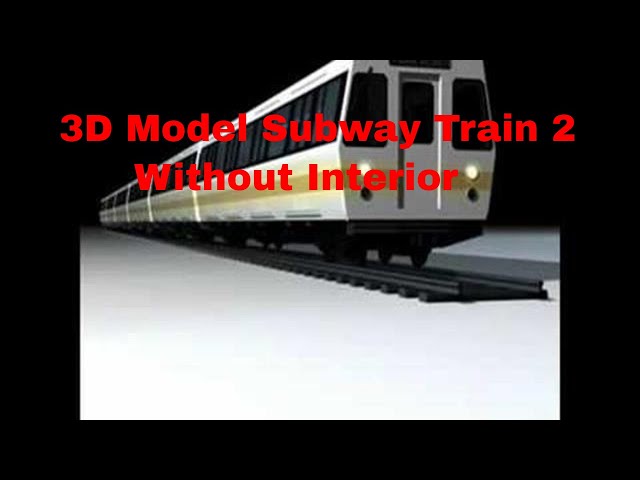