Features:
- Inside scene: - model - 5 textures
- No cleaning up necessary, just drop your models into the scene and start rendering.
- No special plugin needed to open scene.

The emblem of the United Arab Emirates was officially adopted in 1973. It is similar to the coats of arms and emblems of other Arab states. It consists of a golden falcon (Hawk of Quraish). On March 22, 2008, the emblem was modified. The main change was that the Arab sailboat was replaced by the UAE flag and seven stars representing the seven Emirates of the federation. 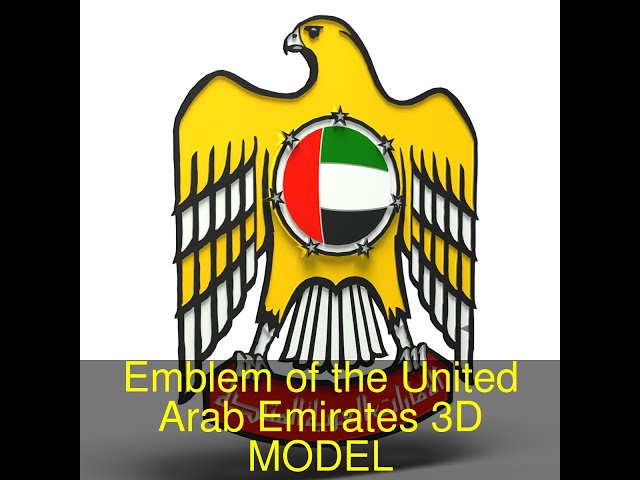