These Pre-textured, Low Polygon, 3d People Models were created using standard photogrametry techniques. They have an average face count of 3112. Each has a single patchwork texture of 1024x1024 resolution.

The traditional stadial model of anthropogenesis suggested a direct transition of species from one stage to species following. However, this simplified approach did not justify itself. With the expansion of the number of finds of fossil forms of man, it became apparent that at different times representatives of different species of the genus Homo, belonging to different stages, coexisted.

The oldest of the genus Homo is Homo habilis, or a skillful man, the first representatives of which appeared on Earth about 2.8 million years ago. Until that time, probably only Australopithecus existed. About 2.5 million years ago, a split occurred in the evolution of hominids, which resulted in the isolation of massive Australopithecus (dead-end branch of evolution) and the genus Homo. In addition to finds from the Olduvai Gorge, the species of Homo habilis also includes the so-called Rudolf man, Homo rudolfensis, whose skull was found in Kenya in 1972 in the area of ​​the lake. Rudolph (now Lake Turkana), as well as finds from Ethiopia and South Africa. The antiquity of these species is from 2.4 to 1.9 million years. It is assumed that these first people were the creators of the tools of the Olduwais (pebble) culture, the oldest on Earth. There are finds that have not found a taxonomic definition and some of the researchers belong to Homo habilis, and the other part - to groups of arkhantrop (ancient people), which replaced Homo habilis about 1.6-1.5 million years ago.

The group of arkhantropov includes two main types. This is a species of Asian ancient people, man erectus (Homo erectus), and its African version, a man working (Homo ergaster).

The classic representative of the paleoanthropes (ancient people) is the Neanderthal, or Neanderthal man, Homo neanderthalensis. Recently another species has been identified - the Heidelberg man, Homo heidelbergensis, later than the most ancient people of Homo erectus and Homo ergaster. Some researchers, he refers to the paleoanthropes. Homo neanderthalensis is associated with Ashelian and Mousterian stone cultures.

Download the free 3d models of a Person (demo) and try it out for yourself. 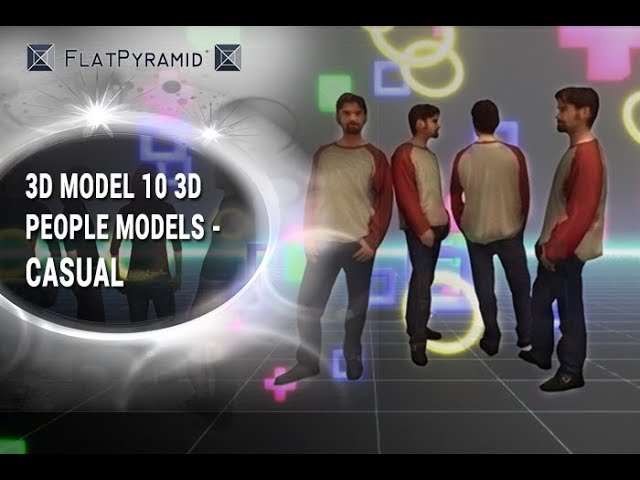