3D asset of the Apple iPad2 tablet PC. This asset includes both the 3g, and the Wi-Fi versions of the iPad2.
Both iPad's are modeled to a high level of detail, but still only contain a moderate amount of Polygon faces.
Custom hi res screen textures measure 768x1024. There are a total of seven screen textures (4 vertical, and 3 horizontal) for various presentations of the models.

Modeled and rendered in Cinema4D version 10.
Procedural materials available in .c4d format only.

iPad 2 is a second-generation tablet designed, developed and marketed by the tech giant Apple Inc. The tablet was manufactured by the Taiwanese multinational manufacturing company Foxconn. The iPad2 gained its speed with a dual-core A5 processor and became much lighter in structure compared to its predecessor Ipad.

IPad 2 became the first iPad to feature the front front-facing VGA and for facetime video call has a 720p rear-facing camera. The device launched with three storage options of – 16, 32 and 64 GB and two connectivity options of WiFi only or Wifi with cellular. The front panel of all the Ipad 2 variations is available in two colors black and white.

Ipad 2 was released on March 11, 2011, and it was manufactured for three years, until the discontinuations on March 14, 2014. It used the iOS 4.3 operating system and used the Apple A5 system-on-chip. iPad 2 was powered by 1 GHz dual-core ARM cortex-A9 CPU card and 512 MB DDR2 ram in all the variations.

You can use the iPad2 3D model in any of your illustrations and use it in different projects such as gaming, presentation, animation or any other project.

Download the 3D model of iPad2 from FlatPyramid at the best price and customer service available online. 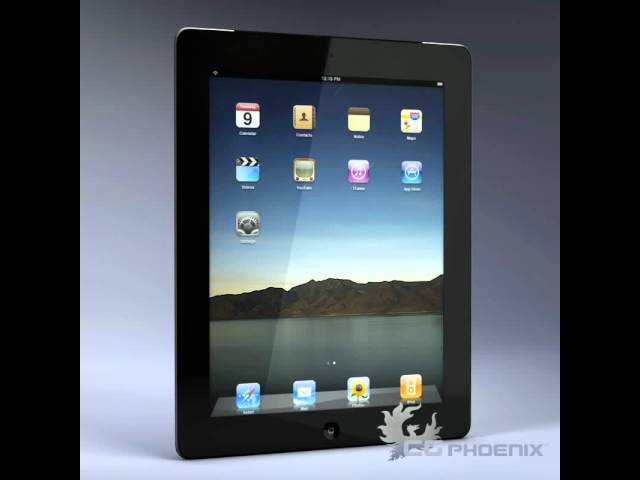