Features:
- Inside scene: - model - 29 textures
- No cleaning up necessary, just drop your models into the scene and start rendering.
- No special plugin needed to open scene.

The North American Aviation P-51 Mustang was a long-range single-seat World War 2 fighter aircraft. Designed, built and airborne in just 117 days, the Mustang first flew in RAF service as a fighter-bomber and reconnaissance aircraft before conversion to a bomber escort, employed in raids over Germany, helping ensure Allied air superiority from early 1944. The P-51 was in service with Allied air forces in Europe and also saw limited service against the Japanese in the Pacific War. 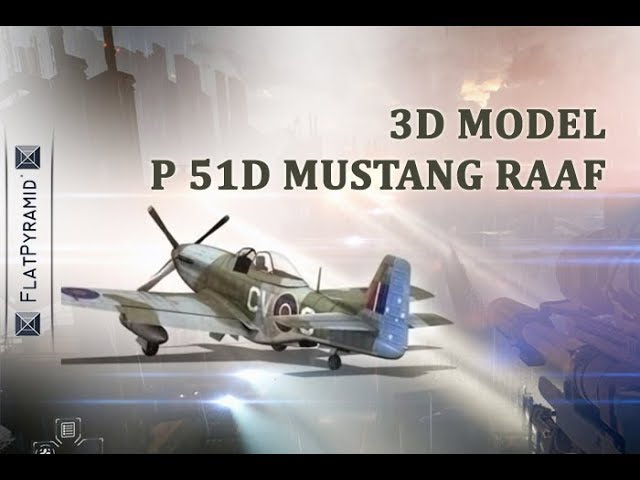