Originally modelled in cinema4D 9.5 The textures are mostly made with bodypaint. Detailed enough for close-up renders. The zip-file contains bodypaint textures and standard materials.Features in c4d: - Model is fully textured with all materials applied.- Inside scene -model (11 objects) - skydom - 10 textures or materials - All textures and materials are included. - No cleaning up necessary, just drop your models into the scene and start rendering.- No special plugin needed to open scene.- Phong shading interpolation Smoothing - 35 grade - lwo- Polygones - 49448 Vertices - 48969 - 2 Objects - 8 Materials- 3ds- Polygones - 92571 Vertices - 59813 - 3 Objects - 8 Materials- obj - Polygones - 49448 Vertices - 48969 - 2 Objects - 8 MaterialsKulsprutepistol m45 (Kpist m45) also known as the Carl Gustav M45 or the Swedish K SMG, is a 9 mm Swedish sub machine gun adopted in 1945 (hence the designation m45) at the Carl Gustaf G-F facility in the city of Eskilstuna by Swedish weapons designer Gunnar Johnsson. The m45 was the official sub machine gun of the Swedish Army after World War II. The m45 was also used by U.S Special Forces in the Vietnam War, these weapons were devoid of markings. In U.S service it was known as K-Rifle or Swedish-K.The m45 was developed in 1944-45 lending and improving many design elements from earlier sub machine guns. The sheet metal stampings used in manufacturing the German MP40, the British Sten, the Soviet PPSh-41 and PPS-43 were studied in detail. A prototype version was ready for testing in 1944 and the first production version was adopted in 1945.The Swedish armed forces have phased out the M45 from inventory. Small numbers of the M45D may also remain in Swedish Police armories. The m45 has been manufactured under license in Egypt as the Port Said. Smith Wesson in the USA also made an unlicensed copy of the gun under the name Smith Wesson M76. 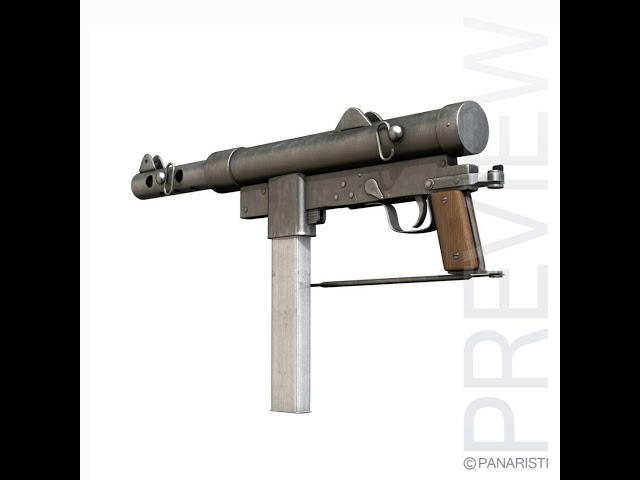