Hatf-3 3D model, also called Ghaznavi (Urdu غزنوی میسایل) is a Pakistani short-range ballistic missile with a range of up to 320 km. Named in honor of the XI century ruler Mahmud Ghazni. Capable of carrying a warhead with a nuclear charge.

According to some sources, the design of the rocket is based on the Chinese BRMD M-11 (export version of Dongfeng 11), it is also noted that the early versions of Ghaznavi were based on the design of the French Eridan rocket. However, the grounds for such reports are not completely clear, since the Chinese M-11 has a fluid propulsion system, and the Khatf-3 is a solid-fuel rocket.

The development of Hatf-3 was launched by Pakistan in 1987. In 1994, seven years later, the development of its own rocket was discontinued due to the purchase of a large batch of Chinese M-11 missiles, since this made the continuation of work on its own Khatf-3 economically inexpedient. In 1997, development was resumed; according to some sources, the reason for this was either the need to replenish the limited number of M-11s available or the desire to disguise the continuation of M-11 purchases from China.

Tests
The first test launch of the Hatf-3 was conducted in May 2002, five years after the Chinese M-11 missiles were commissioned in the Pakistani army. The following launches of Gaznavi were carried out in October 2003 (from a silo launcher), at the end of November 2004, in June and December 9, 2006, on February 13, 2008 and May 2010. The launch in 2008 was carried out as part of the winter maneuvers of the Pakistan Army Command Strategic Forces (ASFC). In May 2012, another successful missile test took place.

The rocket was accepted into service by the Pakistani army in March 2004.

Production
Production of "Ghaznavi" was completed in April 2007, as of September 2007, the number of these missiles in service was estimated at 30-50 units.

Disputes over the name
In February 2006, Afghanistan expressed a lack of understanding of Pakistan’s habit of calling ballistic missiles after Afghan rulers (i.e. Abdali, Ghaznavi and Gauri), indicating that these names should be used in a scientific, cultural and peace-loving context, not in connection with the weapons of destruction and murder. However, Pakistan refused to change the names of the missiles, claiming that these Muslim rulers are also heroes in Pakistan 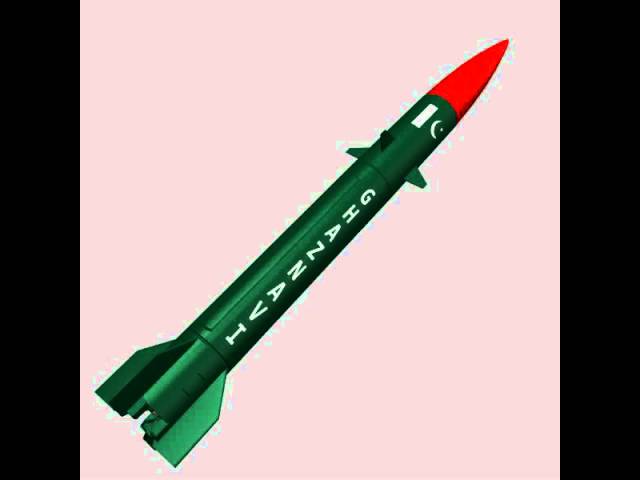