This model was done in blender render so no plugins needed, it is ready to be rendered straight away.

All HD high Res-maps which have been edited to be more sharper in renders.

The rendered style is a take on photo-realism.

Scientific evidence indicates that the Earth was formed from a solar nebula about 4.54 billion years ago and soon after it acquired its only natural satellite, the Moon. Presumably, life appeared on Earth about 4.25 billion years ago, that is, shortly after its appearance. Since then, the Earth’s biosphere has significantly changed the atmosphere and other abiotic factors, determining the quantitative growth of aerobic organisms, as well as the formation of the ozone layer, which, together with the Earth’s magnetic field, weakens the life-threatening solar radiation, thereby preserving the conditions for life on Earth. Radiation due to the crust itself, since its formation has decreased significantly due to the gradual decay of radionuclides in it. The crust of the Earth is divided into several segments, or tectonic plates, which move along the surface at speeds of the order of several centimeters per year. The study of the composition, structure and laws of the development of the Earth is engaged in the science of geology

Earth is the third planet from the sun. It’s the only planet known to have an atmosphere containing free oxygen, oceans of water on its surface and, of course, life. Earth is the fifth-largest planet in the solar system. It’s smaller than the four gas giants like Jupiter, Saturn, Uranus, and Neptune — but larger than the three other rocky planets, Mercury, Mars, and Venus.

Earth has a diameter of roughly 8,000 miles and is round because gravity pulls matter into a ball. But, it’s not perfectly round. Earth is really an oblate spheroid, because its spin causes it to be squashed at its poles and swollen at the equator.

Water covers roughly 71 percent of the Earth’s surface, and most of that is in the oceans. About a fifth of Earth’s atmosphere consists of oxygen, produced by plants. While scientists have been studying our planet for centuries, much has been learned in recent decades by studying pictures of Earth from space.

In this 3D model of the earth, there are multiple file formats available as mentioned in the specification section so it can be used with any of the supporting rendering software. To define these complexities through visuals is not an easy job. Hence, ‘FlatPyramid’ has made a 3D model that looks very realistic. The model is perfect for you for a variety of purposes such as painting, decoration, kitchen, school & college projects, education purposes, movies, and many more areas.

Thanks for purchasing a 3D model from FlatPyramid.

Reach out to us again anytime you need 3d models, because we love to help you and serve you. 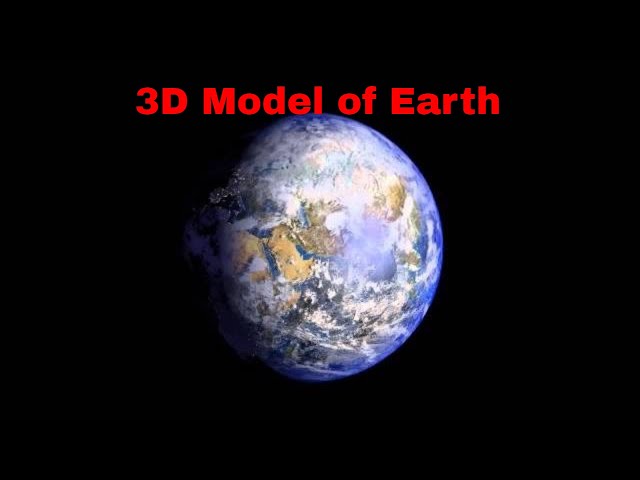