The design of the airframe includes the use of composite materials, which constitute 9% of the weight of the structure. These materials are made including the cabin floor and controls (rudder, elevators, ailerons, etc.). The main part of the fuselage has a circular cross section and at the rear passes into a blade-like tail cone in which the auxiliary power unit is located.

The wing of the Boeing 777 has a supercritical profile optimized for cruising speed corresponding to M = 0.83 (after testing, the indicator was revised upwards to M = 0.84). The wing design has a greater thickness and span than the previous airliners, which made it possible to increase the range and payload, increase the flight characteristics and increase the cruising altitude. When launching the aircraft project, it was proposed to develop a folding wing so that the airlines could use the hangars for small aircraft, but no airline agreed to this option.

The airliner also has the largest landing gear and the largest tires that have ever been used in commercial jet airliners. Each tire from the main six-wheel 777-300ER chassis can withstand a load of 27 tons, which is more than the load on the tire of the Boeing 747-400 aircraft.

The aircraft has three backup hydraulic systems, of which only one is needed for landing.

In the wing of the wing under the fuselage is an emergency aircraft turbine - a small wind turbine, which moves out of the aircraft during emergency situations to ensure minimum power supply

3d model was created with blender3d 2.66 with subdivision modifier catmul clark method.Preview images were created with standard materials and blender internal render.3d model consists of fusselage left and right half,wings and engines.There are no interior objects and there are no landing gears for this product.Other parts were created with textures created with vector software inkscape.Fusselage textures png 2500x2500 px.Wings png texture 1024x1024 px.Engines 1024x1024 px png file.All objects are detached,so you can fit by your needs.Enjoy my product. 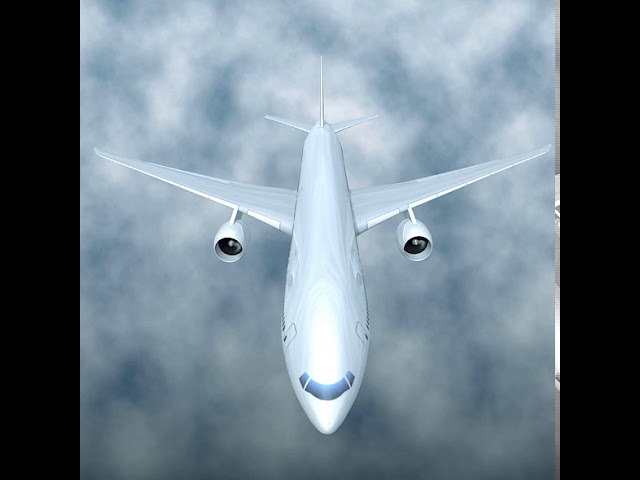