The Lockheed P-38 Lightning 3D model is one of the most important American fighters of the Second World War, as well as one of the most famous, fast and powerful. Her form is very characteristic and she owes much of her fame.

Designed in response to the requirements of the United States Army Air Corps (USAAC), the P-38it had a characteristic design of double fuselage (twin booms) and a central barge in the middle of the wings that contained the cabin and the armament. It was used as a dive bomber, plane bombardment, ground attack aircraft, as well as photo reconnaissance missions, and primarily as a long-range escort using two auxiliary and disposable fuel tanks under its wings. It was used mainly in the operations of the Theater of the Pacific and China-Burma-India, during World War II, used by the North American pilots who lodge the greater number of registered victories to the date. The American pilot Richard Bong is the ace of the American aviation with 40 victories registered in the P-38that he would baptize "Marge", followed by ace Tomas McGuire, who registered a total of 38 victories. In the Theater of the Southwestern Pacific, it was the main fighter of the USAAF before the appearance in large quantities of the famous North American P-51D Mustang. The P-38 Lightning was the only American fighter that lasted in production during the entire time of the participation of the United States in World War II, from Pearl Harbor to the surrender of Japan (VJ-day).

Features:
- Inside scene: - model - 21 textures, 2 materials, 1 alphamap
- No cleaning up necessary, just drop your models into the scene and start rendering.
- No special plugin needed to open scene. 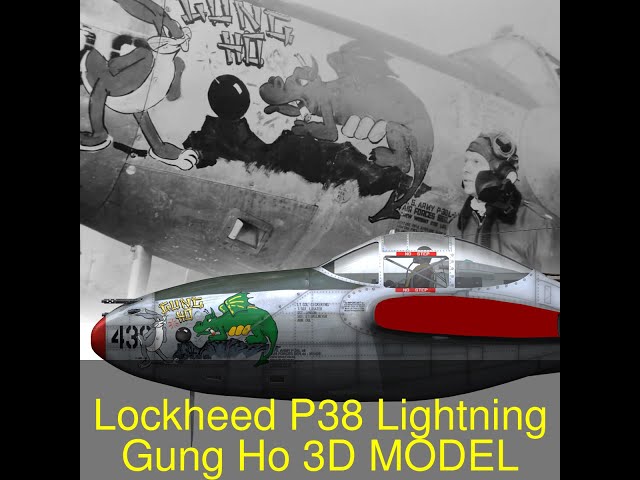