McDonnell Douglas does not give up and makes a new attempt to improve the aircraft without changing the engine. To increase the bomb load and flight range, the new aircraft was given a larger wing with capacious tanks and a large number of suspension points. However, the refusal to replace the engine (and its power) led to the requirement that the total weight of the new aircraft remained equal to the weight of the basic model AV-8A. To achieve this, McDonnell Douglas engineers decide to make the fuselage and wings of lightweight materials, as well as to improve the flight characteristics of the aircraft. As a result, the larger wing was made of graphite composite materials (lighter than aluminum and, by some characteristics, stronger than steel). Air intakes were also enlarged and improved, large flaps were installed on the wings, and a comb was added to the cannon container at the bottom of the fuselage to improve flight performance during takeoff and landing.

Layouts of the new aircraft were shown in August 1975. Initially, for testing the necessary improvements received two aircraft AV-8A. The first flight of these prototypes took place at the end of 1978. The tests were so successful that a program was launched to improve the entire American fleet of AV-8A. Improved aircraft received the designation AV-8C.

On the basis of the Marine Corps aircraft, several modifications were carried out. At the end of the 80s, an option for night operations (AV-8B Night Attack) was created - an infrared front view system used in conjunction with night-vision goggles was placed in the nose. All in the period 1989-1993. 72 aircraft were built in the modification of the AV-8B Night Attack. In June 1987, British Aerospace and McDonnell Douglas decide to create a modification of Harrier II with radar. To this end, the AN / APG-65 pulse Doppler radar was installed in the nose of the AV-8B Night Attack aircraft (similar to that used in the McDonnell Douglas F / A-18 Hornet). This modification allowed the aircraft to conduct air combat and improve its characteristics for land strikes. The Marine Corps ordered 31 aircraft of the new modification (Plus), its deliveries were launched in July 1993. Another 72 aircraft were modified in 1997. By 1997, only Plus and Night Attack modifications were in service in the Marine Corps.

It is in service with the US Marine Corps, as well as the naval forces of Spain and Italy. 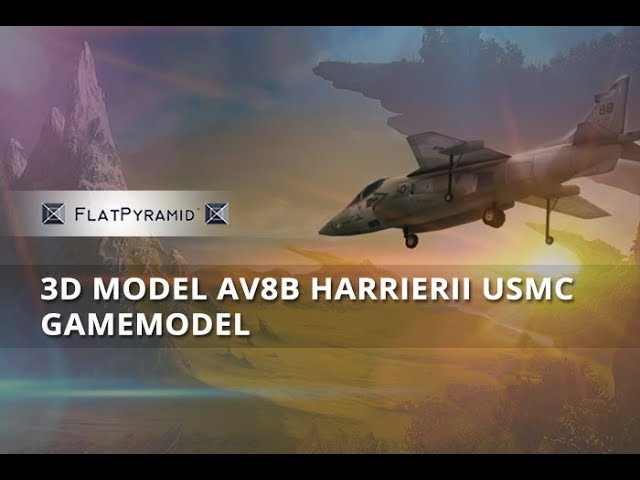