High detailed model with full exterior and fully textured.
The model is lowpoly with mesh smooth modifier so you
can smoothly,escene ready incliyed Materials Vray and
image HDRI.

The Subaru Impreza car series was manufactured between 2000 to 2007 in Gunma, Japan. The Japanese company marketed the two versions of the car sedan and five sitter hatchback. For the year 2005-2006, the Japanese manufacturers launched Saab 9 2X in the North American market as a badge engineered version of the second generation of Impreza hatchback.

When Saab 9 2x was launched it was a full subsidiary of the American multinational corporation General Motors Company (GM). The front, rear styling and design of the car was redesigned to make it blend with the theme of the brand.

The Saab 9 2X 3D model is a highly detailed car model with the full exterior and fully textured. The 3D model is low-poly with the smooth mesh modifier so you can use it easily. You can use this 3D model can in your various projects such as gaming, animation, movies, commercial, artwork, presentation or any other project you want to use.

Download this Saab 9 2X 3D model car from FlatPyramid at the best price and customer service available online. Feel free to call us on our given number in case of any query. 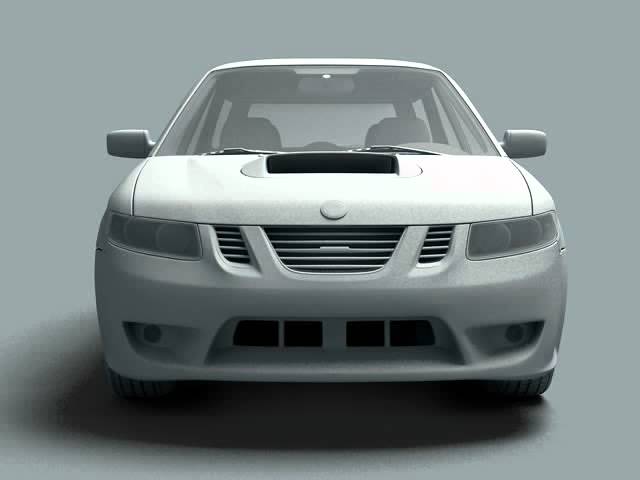