The current Volkswagen "Beetle" is more than six times more powerful than its legendary ancestor VW Kafer, which first appeared on the world in pre-war Germany. He added 30 cm in length and width, and the wheelbase grew by almost 15 cm.

It’s impossible to start a story about the new Volkswagen Beetle without recalling the brainchild of the great Ferdinand Porsche, whose “birth” proposal he introduced to the German government exactly 80 years ago, in 1934. Then, in barely getting out of the crisis in Germany, a cheap and simple car was vital. Something like Logan of our time. And clever Ferdinand got to the point with his Kafer, proving the reliability of modifications built on his base during the Second World War. And now, perhaps, there is no more legendary name in the automotive world than the Volkswagen Beetle. That old Kafer (or Bug, Fusca, Scarabee, Escarabajo, Kupla - as it was called in different countries) set so many records that it was unlikely that they would ever be beaten. It is hard to believe that one of the modern cars will be produced as much as 65 years, or more than 22 million copies will disperse around the world!

For other software packages that do not support SubDivision surfaces the model is available in 2 different resolutions ranging from 937483 to 4212674 polygons. 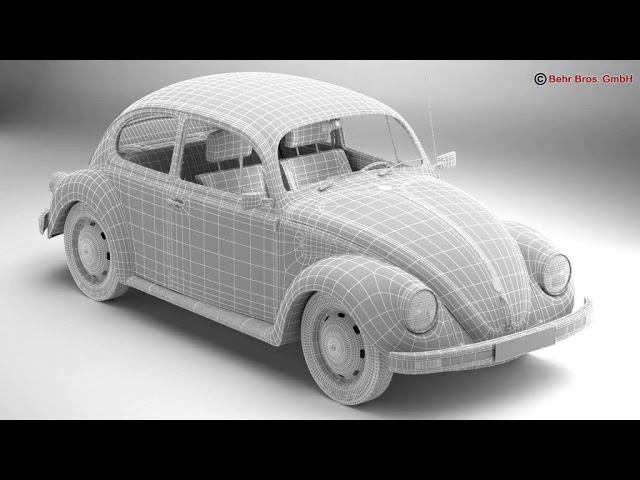