The second generation Acura NSX 2017-2018 was presented by Acura in 2015 at the Detroit Auto Show, but at the same salon 3 years ago the concept car of this model was shown, which was not much different from the production model.

In order to launch the second generation of their legendary NSX model, the manufacturer and fans waited 25 years, but now they have launched it under the Acura brand. Thus, now this car exists, and we can study it completely, starting with the design and ending with the suspension.

The decision to create a second generation was made in 2007, but a year later the development was stopped due to the global financial crisis. In 2010, development began anew, and two years later, various prototypes began to appear. Prototypes appeared, both under the Acura brand, and Honda. As the manufacturer claims, they spent 2 years testing the car on the track.

For other software packages that do not support SubDivision surfaces the model is available in 3 different resolutions ranging from 991953 to 3120339 polygons. 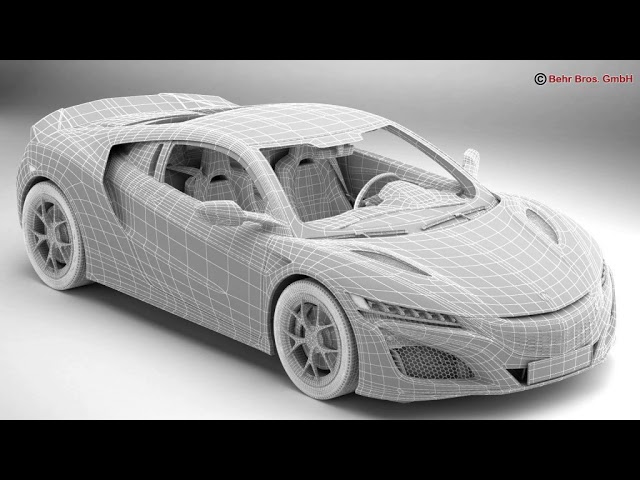