Why does the Boxster / Cayman family suddenly become 718? The Germans decided to move the story from which the lightest (570 pounds!) Surfaced Porsche 718 racing spider, released from 1957 to 1962, surfaced. This car was equipped with a 1.5-liter engine installed just within the wheelbase. That it should be considered the ideological predecessor of the modern Boxster, who debuted a little earlier.

However, in the Porsche tale of temporary years, it is not difficult to find the direct ancestor of the Cayman, whom the official chronology considers 718 GTR Coupe of the 1962 model. Incidentally, the history of the German brand is rich in another curious car that is quite worthy of taking its place in the pantheon of democratic sports cars from Stuttgart - we are talking about the model 914 with a body targa, which was produced from 1969 to 1976. Needless to say that this car also had an engine in the middle?

For other software packages that do not support SubDivision surfaces the model is available in 2 different resolutions ranging from 1315774 to 6265606 polygons. 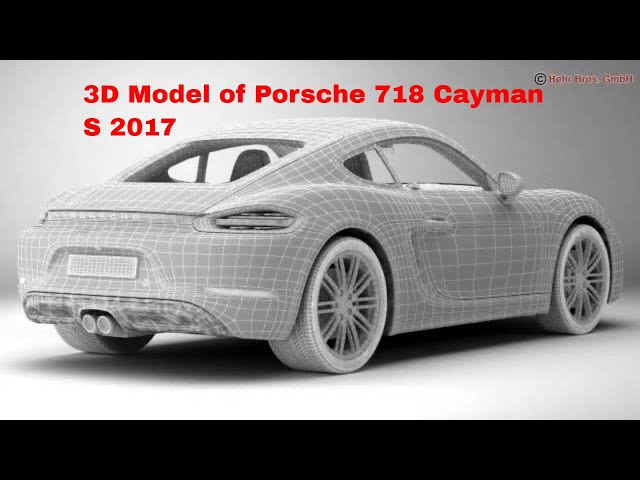