ETR500 Frecciarossa high speed train with tracks and catenary.
Only cinema4d R10 has materials and textures.
Other formats zip files have textures enclosed.
Polygons 70469
Vertices 74512
This model is only artistic representation of the subject matter.
ETR 500 Elettro Treno Rapido 500 is a family of Italian high-speed trains introduced in 1993. Designed under the aegis of the Ferrovie dello Stato FS, it is now operated by Trenitalia on RFI tracks. The new power cars of the trains feature a totally different design than the first generation trainsets, although also designed by design company Pininfarina. In 2008, Trenitalia introduced new brand names for its Eurostar Italia Alta Velocit� high-speed trains that categorise them according to top speed. The new brand name for trains with top speeds in the 300-350 kmh range is Frecciarossa meaning Red Arrow. The ETR 500 are currently the only trains qualifying as Frecciarossa. The trains receive a new livery with a red stripe and the brand name on the power cars. 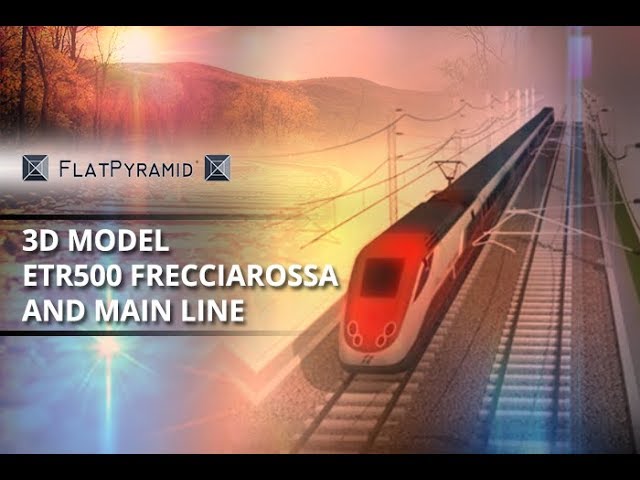