Adidas is a multinational corporation, founded and headquartered in Herzogenaurach, Germany. It manufactures shoes, clothing and accessories. It is the largest sportswear manufacturer in entire Europe and second largest in the world after Nike. It is the holding company of Adidas group, which consists of Reebok sportswear company, TaylorMade golf company.

The company was started by Adolf Dassler in his mother’s house; his elder brother Rudolf joined him in 1924. Dassler assisted in development of spiked running shoes for multiple athletic events.

Adidas’s logo is three stripes, which is used on company’s clothing and shoe designs as a marketing technique. The branding, which Adidas bought in 1952 from Finnish sports company Karhu Sports, became so successful that Dassler described Adidas as “The Three Stripes Company”. The company acquired its logo for two bottles of whiskey and the equivalent of 1600 Euros.

The brothers split up in 1947 after relations between them had broken down. Rudolf formed another brand called ‘Ruda’, which was later rebranded into ‘Puma’. Both entered in a fierce and bitter rivalry following the split.

In 2005, Adidas introduced Adidas 1, the first ever production shoes to use a microprocessor. It can perform 5 million calculations per second that automatically adjusts the shoe’s level of cushioning to suit its environment.

If you are a Adidas fan then FlatPyramid has developed a 3-D model of Adidas logo. It is a high resolution model. We hope that you like it.

Thanks for showing interest in 3-D model of Adidas logo. 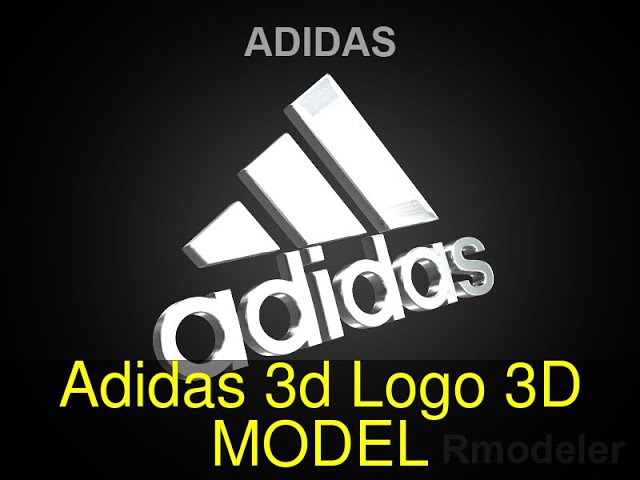