Facebook is a social networking service and website launched in February 2004, operated and privately owned by Facebook, Inc. As of January 2011, Facebook has more than 600 million active users. Users may create a personal profile, add other users as friends, and exchange messages, including automatic notifications when they update their profile. Additionally, users may join common-interest user groups, organized by workplace, school or college, or other characteristics. The name of the service stems from the colloquial name for the book given to students at the start of the academic year by university administrations in the United States to help students get to know each other better. Facebook allows any users who declare themselves to be at least 13 years old to become registered users of the website.

Facebook was founded by Mark Zuckerberg with his college roommates and fellow computer science students Eduardo Saverin, Dustin Moskovitz and Chris Hughes. The website's membership was initially limited by the founders to Harvard students, but was expanded to other colleges in the Boston area, the Ivy League, and Stanford University. It gradually added support for students at various other universities before opening to high school students, and, finally, to anyone aged 13 and over, but based on ConsumersReports.org on May 2011, there are 7.5 million children under 13 with accounts, violating the site's terms.

This website was launched in February 2004, operated and privately owned by Facebook, Inc. It was founded by Mark Zuckerberg with his college roommates and fellow computer science students Eduardo Saverin, Dustin Moskovitz, and Chris Hughes. It is considered one of the Big Four technology companies along with Amazon, Apple, and Google. As of January 2011, Facebook has more than 600 million active users.

Moreover, it is a popular free social networking website that allows registered users to create profiles, upload photos, and videos, send messages and keep in touch with friends, family, and colleagues. there are plenty of benefits using Facebook like: It provides benefits for businesses and individuals too, such as making a group, chatting with clients, making an event, wall stickers, reliable platforms, a news feed, etc. you can meet new people & have knowledge of various places, traditions & culture. The Facebook service can be accessed from devices with Internet connectivity, such as personal computers, tablets, and smartphones.

Thank you for showing interest in buying the 3D model and choosing FlatPyramid as your first option for 3D models. We are happy to serve you and hope they will be useful to you. If you have any questions the object then feel free to contact us at (310) 697-3740. 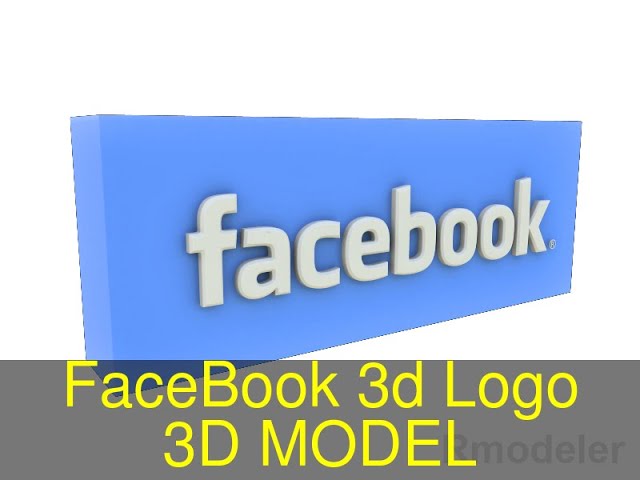