A container (from Latin for continere "hold together", "contain") usually refers to large-capacity containers for the storage and transport of goods. The freight containers exist in various sizes and are usually standardized and/or standardized.

Already in the 18th century, wooden outer packaging boxes were used in England. These forerunners of today's containers allowed a faster transfer of goods from the railroad to horse transport. In the 19th century, there were then in many countries early container forms that were used in freight transport by rail.

In the 20th century, for example, the Laadkist RTM 903 can be found in Holland as a railroad container. In the 1920s, laid the Railway Clearing House (RCH) in Britain a kind of standard for rail container tightly so that they could be better used between the different railway companies. These RCH containers were either 5 or 10 feet (') long.

At the end of the 1940s, the railway in Germany used the porteur aménagé containers ( pa containers ) developed in the Netherlands, which contained up to 11 cubic meters of cargo. At the same time let the Swiss brewery Feldschlösschen rail transport container patent for their beer bottles, the Swiss Container Cars.

In 1956, the American shipped Malcolm McLean as the first 58 containers with the ship Ideal X from Newark to Houston; In 1961, the International Organization for Standardization (ISO) established internationally valid dimensions for ISO containers for the first time. 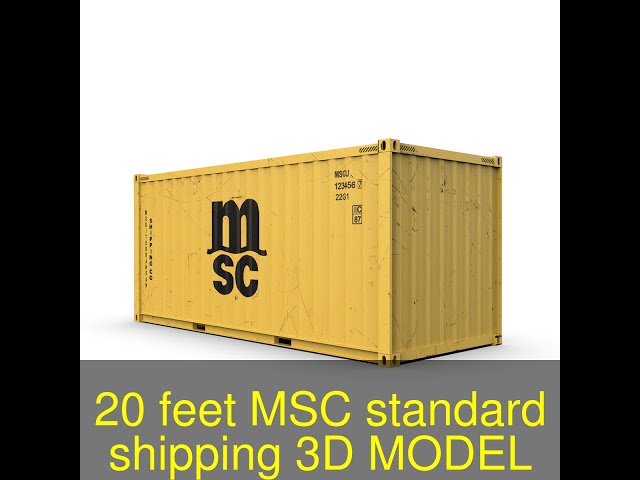