This sci fi gun model made to create a sci-fi illustration.
The design of the weapon is original.
The model is textured.
Made in cinema4d R12. Other formats have textures too.
.fbx format is good for importing in 3dstudio max and Maya.
Polygons 3192
Vertices 3219
If you like the model please rate it.

In the literature, cinema and computer games, weapons are often mentioned that operate according to the principle or have special properties that have no analogues in the existing world. Fictional weapons can be divided into several archetypes:

This archetype of fictional weapons includes many types of weapons that differ in the use of technology that has not yet been used in our world. They can be found mainly in the genre of science fiction and in the genre of a sci-fi action movie. As a rule, in the science fiction genre, the principles on which a particular type of weapon works are described in more detail than in the action genre, in which any type of weapon is given as an axiom.

Types of high-tech weapons
Firearms with significant performance enhancements. In principle, this is also the “fictional non-fantastic” weapon, created on the level of modern technologies, but not corresponding to the existing samples - a frequent move among computer game developers who do not want to spend money on licenses.
Emitters of different types (lasers, masers, phasers, etc.)
Can be divided into radiation and wave (with a large front of defeat).
Stunners. Sometimes it is an auxiliary mode for military weapons.
Blade weapons, that is, "cold" weapons with a special blade (monatomic sword, vibronic, acid scourge, lightsaber, etc.).
Cybernetic creatures with varying degrees of autonomy (robots, cyborgs, androids, predatory clouds).
Shell's special power (using antimatter, plasma, neutrino, probabilistic fields, etc.).
Space-time deformers. 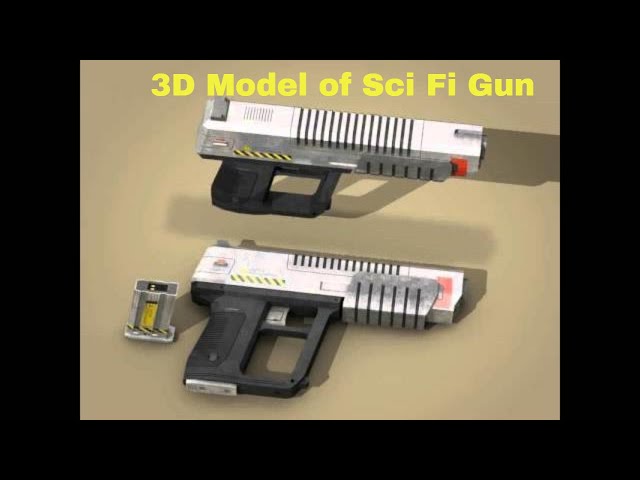