The two stage Jupiter IRBM was originally a Army program that ran in conjunction with the US Air Force's Thor Missile Program, and was eventually taken over by the Air Force. Development of the missile was to include a sea-based variant, but the Navy wasn't keen on storing a liquid propellant missile on it's ships, thus developing the Jupiter-S solid propellant missile which in turn became the Polaris missile.

The Jupiter, that Chrysler Corporation produced for the Army, was a single-stage, liquid-fuelled, rocket-powered (150,000 pounds of thrust) ballistic missile equipped with all-inertial guidance. The Jupiter was stored vertically on tactical launchers which were deployed in the field. The missile could be fuelled and launched at approximately 15 to 20 minutes’ notice to an effective range of 1,500 nautical miles.

The Jupiter was originally designed by the U.S. Army in search of a highly accurate missile designed to hit high-value targets such as bridges, rail yards, concentrations of troops and the like.

The US Navy also expressed an interest in the design as an SLBM but left the collaboration on their Polaris to work on. Jupiter retained the short, squat shape intended to fit in naval submarines. The 1.44 megaton W49 nuclear warhead was armored to it. Chrysler Corporation was the prime contractor.

Unlike the relatively smooth installation of Thor IRBM units in the UK, IRBM talks between the United States and other NATO nations were progressing at a slow pace. The whole IRBM program suffered a severe blow in June 1958 when the new French president Charles De Gaulle refused to accept any Jupiter missiles.

At FlatPyramid, we have designed a 3D model of a US Army Jupiter Missile. Our 3d model appears like a unique Missile model. This model can also be used for a variety of applications such as drawing, animated films, ventures, instructional aim, film making, and much more, the model is best for you. Thank you for choosing my product! Please contact us directly to get preferential. 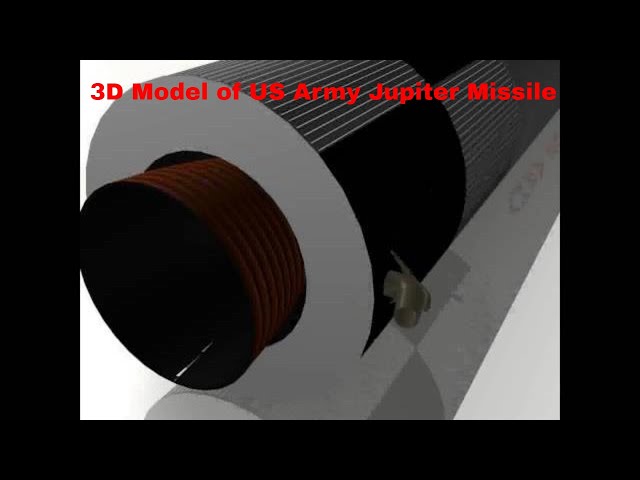