Only cinema 4d r10 format has materials and textures.
Other formats have textures too.
Polygons 45232
Vertices 46418
This model is only artistic representation of the subject matter. I made it for a flight magazine illustration. If you like the model please rate it.
The CH-47 Chinook is an American twin-engine, tandem rotor heavy-lift helicopter. Its top speed of 170 knots 196 mph, 315 km/h is faster than contemporary utility and attack helicopters of the 1960s. It is one of the few aircraft of that era that is still in production and front line service with over 1,179 built to date. Its primary roles include troop movement, artillery emplacement and battlefield resupply. It has a wide loading ramp at the rear of the fuselage and three external-cargo hooks.
Chinooks have been sold to 16 nations with the US Army and the Royal Air Force being the largest users. The CH-47 is among the heaviest lifting Western helicopters. 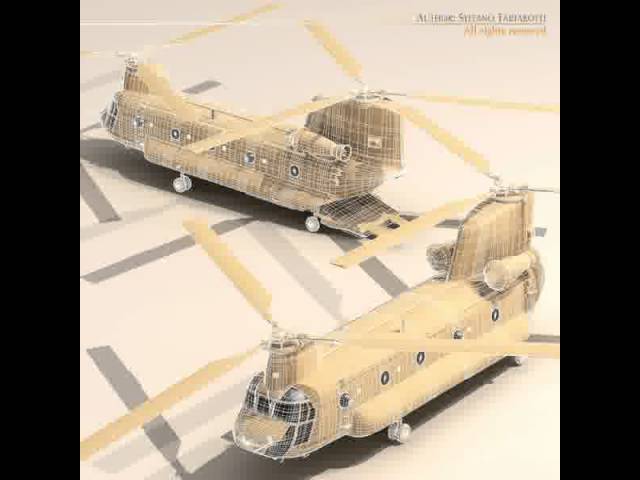