Fifth serial modification with a welded body and 500-strong petrol V-shaped 8-cylinder engine "Ford" created for it. This is the most popular car in the US Army from all serials. Most of the tanks remained in the US, basically, other modifications were supplied to the lend-liza. This machine had a complete nose piece of the body. Ford built 1690 M4AZ from June 1942 to September 1943, until they were handed over to others. From February 1944 to March 1945, Grand Blanc approved, while a number of improvements were made to the design, including a commanding tower, a charging hatch, a frontal body post, located at an angle of 47 ° and "wet stacking" (the cells with shots were separated by a layer glycerin) for ammunition. This was the most perfect modification with the 75-mm M4 gun, and its improvements were used for rearmament variants. Total - 3071 tank.

Features:
- Inside scene: -model - 16 materials, 3 bump maps
- All materials, bodypaint-textures, and textures are included.
- No cleaning up necessary, just drop your models into the scene and start rendering.
- No special plugin needed to open scene. 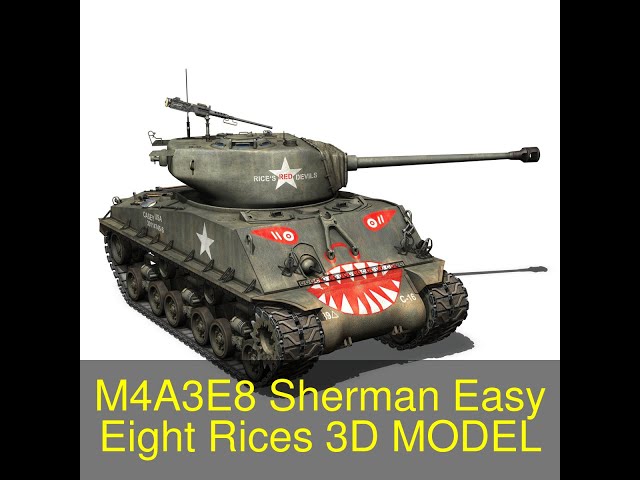