The 15cm sIG33 (SF) auf Panzerkampfwagen 1 Ausf.B was a German self-propelled heavy infantry gun used during World War 2. Assigned to the infantry gun companies of the motorized infantry regiments had difficulties keeping up with the tanks during combat. The easiest solution was to modify a spare tank chassis to carry it into battle. A sIG 33 was mounted on the chassis of a Panzer 1 Ausf.B, complete with carriage and wheels, in place of the turret and superstructure.

SD.KFZ 101 was produced in Germany in the 1930s and it was a light, training tank to introduce the concept of armored warfare. It was used as an ordnance inventory designation used during World War II. The mass production of this tank was started in 1934 while the design has begun in 1932. It can carry two 7.92mm machine guns. It was armored with 13mm/ 0.5in armor all around and had the Krupp M 305 four-cylinder air-cooled gasoline engine.

The tank saw combat in Spain during the Spanish Civil War, In the Soviet Union and North Africa during the Second World War, In Poland and china during the second Second Sino-Japanese War.

As compared to other tanks this tank was used as a basis for the tank hunter or the tank killer and assault guns that provide direct fire support for infantry attacks.

Come to FlatPyramid and download the 3D models that are available for commercial, non-commercial, and editorial use. We care for your choice and welcome you here with the best services every time. However, if you have any questions the object then feel free to contact us at (310) 697-3740. 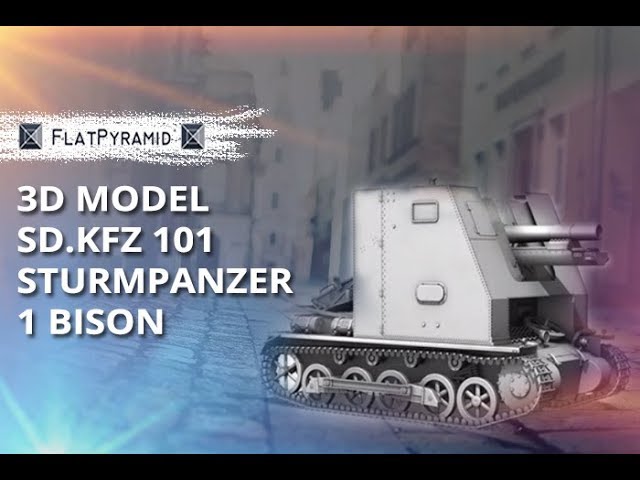