Features:
- Inside scene: Model - 5 textures
- All materials and textures are included.
- No cleaning up necessary, just drop your models into the scene and start rendering.
- No special plugin needed to open scene.

- NOTE - The 3ds, lwo, obj and fbx-files contains only textures, no shaders.

An automatic transmission, also called auto, self-shifting transmission is a type of motor vehicle transmission that can automatically change gear ratios as the vehicle moves, freeing the driver from having to shift gears manually. The most popular form found in automobiles is the hydraulic planetary automatic transmission. Gear transmission in a machine is a force that actually receives power from the engine and transmits this power to the wheels of the car. Suppose if you may have the most powerful, most fuel-efficient engine in the world, but if you don’t have a transmission or gearbox, then all that power will simply be for naught since there is no connection between the energy generated by your engine and the wheels of your car to make it move.

Technically, the gearbox is dependent on the power supplied by the engine. No power means it won’t be able to transmit anything to the wheel. The problem is that the power generated by internal combustion engine is quite dependent on engine speed. The other problem is that cars typically require torque that is quite different from what the engine can produce in an optimal manner.

Our 3D artist has created this realistic 3D model of Gearing Automatic Transmission engine orginaly in c4d format along with various other formats like 3ds /.fbx/.OBJ/.lwo in high definition. It is available to download for commercial, non-commercial, and editorial use.

Thank you for showing interest in buying 3D models from FlatPyramid. In case you have any queries regarding the product contact us anytime. 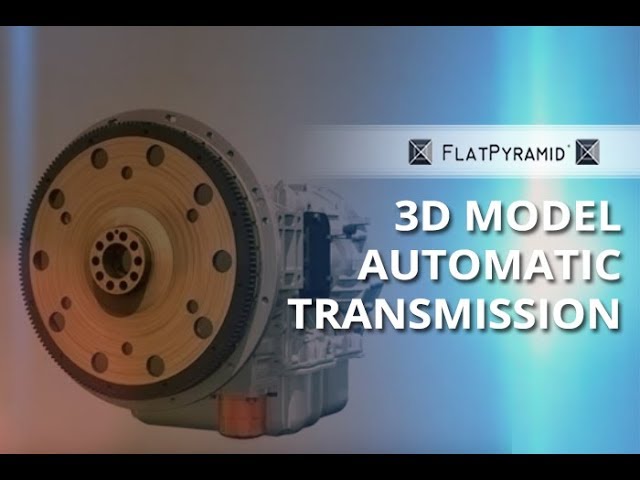