Also known as: PzKpfw III, Panzer III, Sd. Kfz. 141
The Panzer III was designed as a medium tank, with a high-velocity 37 mm gun. Pre-war production was 98 vehicles. During the war, the Pz III was upgunned to a 50 mm L42 gun, then to an even higher velocity 50 mm L60 gun, in order to improve its anti-tank performance. A low-velocity 75 mm gun was also fitted (using the same mount as the early Panzer IV), but since the tank was not large enough to fit a high-velocity 75 mm gun, production was halted mid-war, although the chassis continued to be used to build assault guns.

The Panzer III was the first tank to have a 3-man turret: the commander did not have to double up as a loader or a gunner, so he could concentrate on commanding the tank. 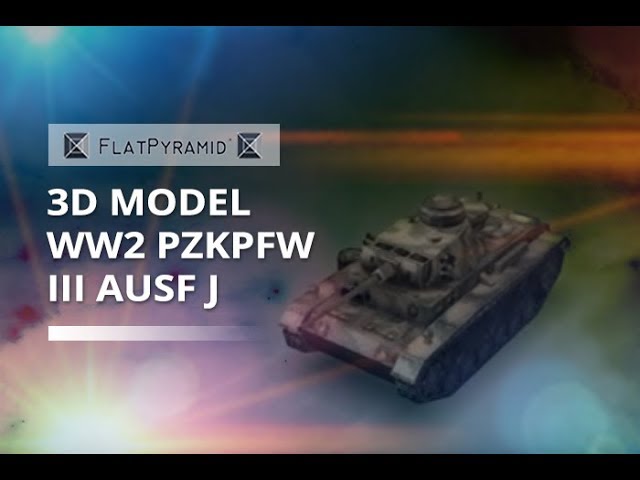